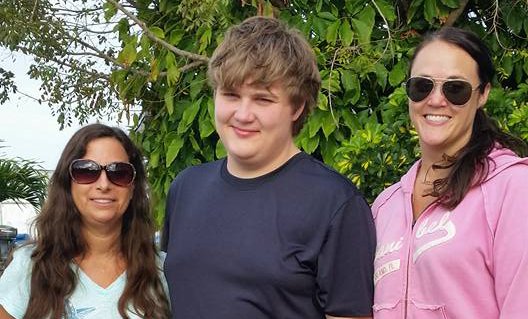 The Story of Elizabeth

Greetings, potential birth parents. This blog is written specifically for birth parents, from the perspective of a birth mother, which is myself, who made a successful and happy adoption plan for an unplanned pregnancy. Before I dive into anything extremely deep, I’d like to keep this first post simple, introduce myself and tell my story.

My name is Elizabeth; I am a 34 year old Caucasian woman. I am originally from the Midwest and relocated to south Florida a couple years ago. I made an adoption plan 16 years ago and although there have been many tough times, the end result was and still is amazing.

Sixteen years ago, at age 18, I was a freshman in college (first semester) and lived the “typical college life.” April of my freshman year is when I realized I was at least two months pregnant. My initial reaction was panic and initial thought was to have an abortion; nobody would know and the problem would just go away, or so I thought. After processing this shocking information in my own head, I knew I had to tell my parents; one, because we lived in a very small town and if I didn’t tell them, somebody else would and I didn’t want that to happen, and, two, because I still lived with them and was still dependent on them for just about everything.  I ended up telling them the news a few days after I was positive I was pregnant. Their initial reaction was to push abortion on me as well. Therefore, after contemplating a few days, my mother took me to the nearest abortion clinic (which was two hours away). While at the first appointment I had to engage in pre-abortion counseling. Following the counseling, the clinic stated they require their patients wait a week to have the procedure done. Thank the dear Lord for that week! I decided the day I was scheduled for the procedure that I was not going to go through with it. I just couldn’t. When I told my mother this, everything dramatically changed.

I was so very lost. I had no clue how I was going to raise a baby, especially when the father was not involved and I didn’t have the support of my family any longer. That’s when my good friend’s mother took me aside one night and disclosed to me that she had placed a baby for adoption when she was 17 years old and that she knew a family who was desperately looking to adopt a baby. I can still remember what I was wearing that day and what room in the house we were in. My reaction: I was angry and felt somewhat violated; this woman who was basically my second mother was sitting in front of me telling me to give my child away. The thought was absurd. No way was I going to do that. I felt that way until I was seven months pregnant. My belly was growing, I was at the doctor office constantly due to a high risk pregnancy, I was still in college; I could not put off decisions any longer. At that point I decided that an adoption plan would be the best chosen path for my child and myself, and, of course, the lucky family who would be adopting the baby.

After word got out that I was placing my baby for adoption, people came out of the woodworks! I had people from all over the country calling and mailing me information about themselves. It felt very odd to be choosing a couple that was going to raise my baby. (Disclosure: I did not go through an adoption agency, although, now I feel it would have made things much easier). Despite the odd feeling, I made appointments with a few couples to interview them and so they could interview me. Ultimately, I made my final decision regarding the adoptive family and things have been great ever since. As I stated previously, it was not easy but I was able to put my feelings aside when the time came and made the best decision of my life. Not only is the adoptive family wonderful to my now 15 year old sophomore in high school, but they are also wonderful to me. We keep in contact regularly. I couldn’t ask for anything more. I get to see him at least twice a year; normally over Spring Break and again at Thanksgiving.

My point in this very shortened version of my adoption story, is that, yes, of course the decision may be the most difficult decision you face, however, it is also the most important decision for yourself, the baby and the adoptive family. You are in the driver’s seat; you have the power to change lives forever.

ACF adoptions does not discriminate on the basis of race, gender identity, ethnicity, marital status, sexual orientation, military service, age or disability.  We are open and accepting to all who need our services and support.